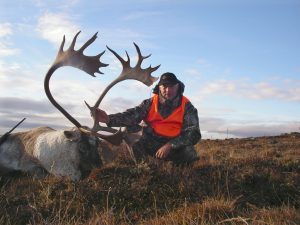 The hunting world’s Horn of Plenty.  You name it and Canada has it!  And Trophyseekers Worldwide Inc. has the best of what Canada has to offer.  In the “Great Northwest” provinces of BC, NWT and the Yukon…Dall, Stone and Bighorn sheep…plus the great predators, mountain lion, mountain grizzly, black bear and wolf.  Add to that, from Canada’s west coast to the Maritime Province of Newfoundland… four species of moose, all available species of caribou, mountain goat, trophy class elk, monster mule deer and huge whitetails on the timberline or in her Prairie Provinces, where success on both can reach into the 90% range.  With all these species available and several seasons that overlap or run concurrently, Canada remains one of the few places that offers multiple-trophy combination hunts at reasonable prices.  The kicker on these hunts is that success on two or more animals runs very high.

While Trophyseekers Worldwide Inc. has high quality options available for all of the above species, we view some of these animals, or even specific hunts as our “specialties”.  TW Canadian moose hunts in BC offer trophy moose that rival 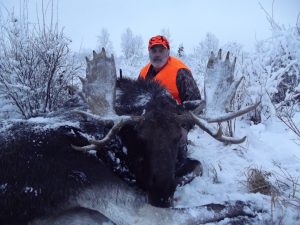 Alaskan/Yukon moose in size, while our Newfoundland trophy moose hunts regularly produce trophy bulls in the 45”–50” plus range.  Both hunts cost far less than moose hunts for North America’s largest moose, yet provide outstanding trophies in their own right.  TW trophy mountain goat hunts produce truly exceptional billys 9”—10½” and up at near 100% success each season…Quotas are limited and booking a year in advance is recommended.  We offer a wilderness rifle elk hunts or combo hunts conducted smack in the middle of the “bugle” season that provide lots of action with rutting bulls and produce trophy bulls in the 320”—360” B&C range annually.  Finally, our mule deer hunts in BC & Alberta routinely produce bucks in the 170”—200” B&C range, while our whitetail and black bear offerings in the Prairie Provinces of Alberta, Saskatchewan and Manitoba produce record book trophies at astounding rates while routinely posting whitetail success rates of 75% or better annually, and black bear at over 90% each spring.